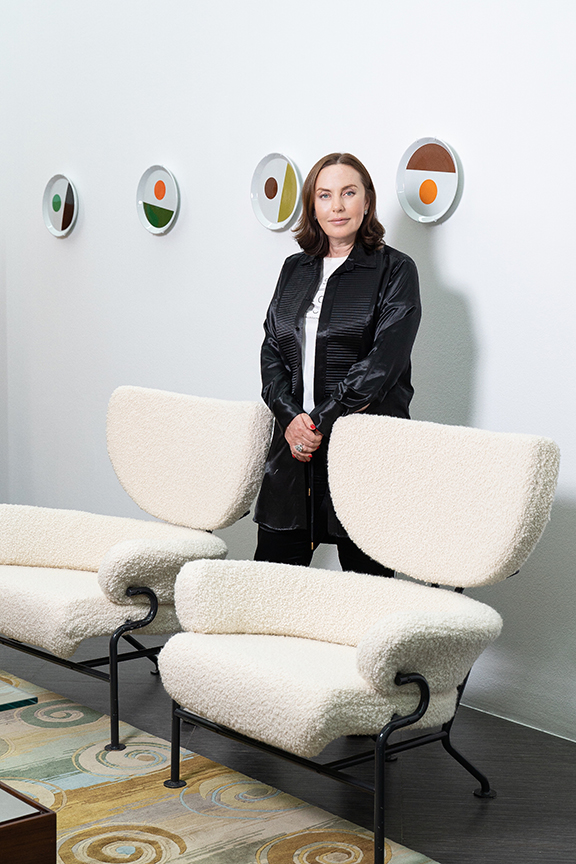 MIRRA Gallery was founded by collector and design expert Irina Mogilatova in 2019. Located in the historic building on Spiridonovka Street, MIRRA Gallery has achieved the status of Russia's largest mid-20th-century design gallery, becoming an important landmark on the cultural map of Moscow. The gallery's collection consists mainly of rare furniture and décor pieces of Italian design from the 1940s-1970s. Recently MIRRA Gallery has also included French and Brazilian "Collectible" design pieces to its catalogue. The gallery's collection includes legendary designers such as Gio Ponti, Franco Albini, Pierre Jeanneret and Ettore Sottsass, whose works are displayed in the world's leading museums, from Centre Pompidou in Paris, to V&A in London and MoMA in New York.
MIRRA Gallery also holds a strong educational mission and aims to introduce as many people as possible to the design icons and their fascinating stories, which MIRRA shares daily on social media and through its special educational program. MIRRA Gallery regularly holds exhibitions, hosts lectures and discussions with leading the global experts and art institutions. Another area of gallery's activities is to support young and talented Russian designers though collaboration, exhibiting their work and representing their interests in the international arena. In 2020, MIRRA Gallery became a partner and sponsor of the "Invented and Made in Russia" design competition, supported by the Ministry of Culture of the Russian Federation.