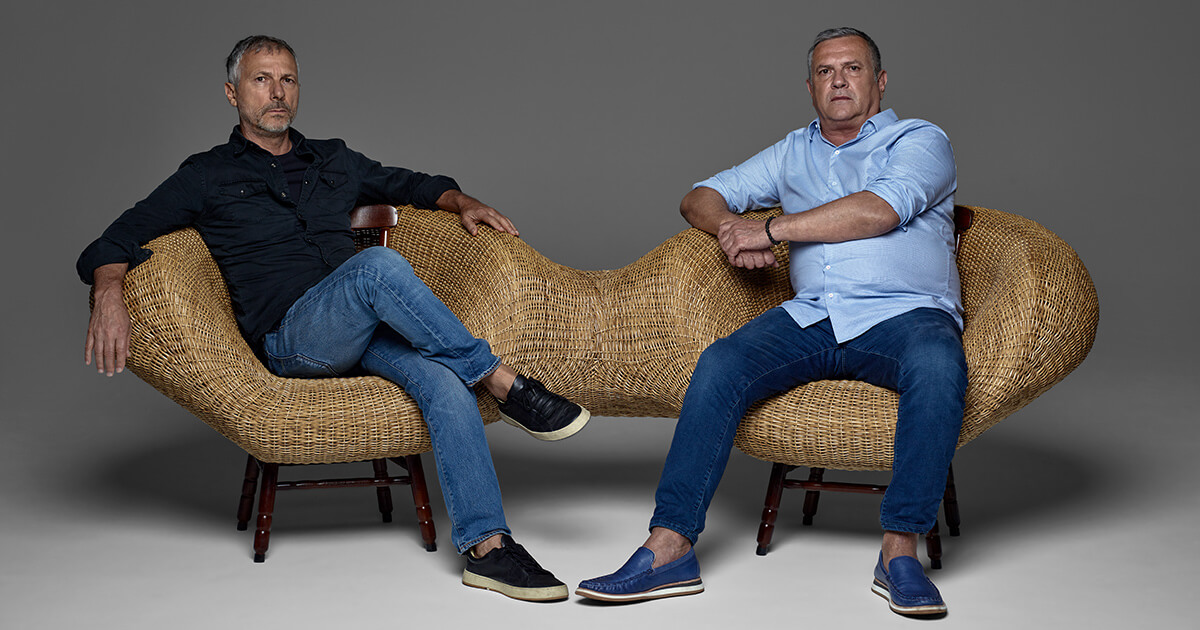 Brothers Fernando and Humberto Campana are famous Brazilian designers from Sao Paulo who have gained respect in the art world for their whimsical furniture that is often made of the most unexpected materials.
In 1984, they co-founded the studio Estudio Campana which became famous for its original forms of objects Vermelha (1993) and Favela (1998). In 1998, Estudio Campana presented its first international exhibition with the German lighting designer Ingo Maurer «Project 66», at the Museum of Modern Art in New York. In the following years, the studio expanded its portfolio to include architecture, landscape design, scenography and fashion.
In fashion, Estudio Campana created a collection for Brazilian jewelers H. Stern (2001). The duo also often collaborates with theaters. Among their works are the costumes for the ballet «Virtually There» organised by Performa Visionaries at Mana Contemporary in New Jersey (2006), the sets and costumes for the show «Metamorphosis» by the Marseille National Ballet (2007) and the musical «Peter and the Wolf» at the Guggenheim Museum in New York (2008).
Estudio Campana has received many awards, including the «Ordre des Arts et des Lettres» in Paris, «Designer of the Year» in Miami and the «George Nelson Award» for interior design. At the moment, the studio continues to produce extravagant furniture from everyday materials such as rope, fabric, wood, cardboard, plastic pipes and aluminum wire. Campana brothers furniture is lively and spontaneous, they always use modern production technologies that allow them to bring their experiments to life.