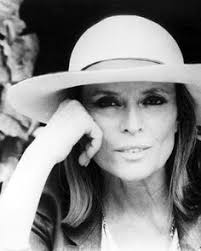 Gabriella Crespi was born in Milan in 1922 into a wealthy and noble family. Her father was an engineer and her mother was a jewelry designer. In 1948, Gabriella married Giuseppe Maria Crespi, the heir to one of the richest aristocratic families in Italy, the founders of the textile empire and the owners of the newspaper Corriere della Sera. Then Gabriella began to create a series of small objects as gifts for her rich girlfriends. Soon the hobby grew into an independent debut collection Small Lune Collection, which was noticed by the fashion house Dior, who bought it for their Paris boutique. Notably, Crespi never had her own separate studio; she would draw sketches at home and then take them to local craft workshops. She even opened a showroom in her own apartment on Via Montenapoleone.
In 1963, separated from her husband, Gabriella moved to Rome with her two children and settled in the sumptuous 15th century palazzo Cenci, which immediately became a magnet for the local aristocracy. Audrey Hepburn, Hubert de Givenchy and many others were among her regulars. The designer also presented her first furniture collection Plurimi here. It consisted of 15 pieces, including modular coffee table designs with moving surfaces.
Gabriella used in her work expensive materials and finishes: African red marble, Lebanese cedar, brass, skillfully combining them with lucite, tree bark, rattan and bamboo stems.
Crespi had a real passion for the Orient. Its mystique caught her imagination, and in 1973 she began working on a new collection, Rising Sun, made entirely of bamboo. She used this material to create lampshades for table lamps, tables and even a babys cradle. Among her admirers: Princess Marina of Savoy, Queen Paola of Belgium, Shah Reza Pahlavi of Persia and King Faisal of Saudi Arabia, for whom Crespi designed the interior of the palace in Riyadh.