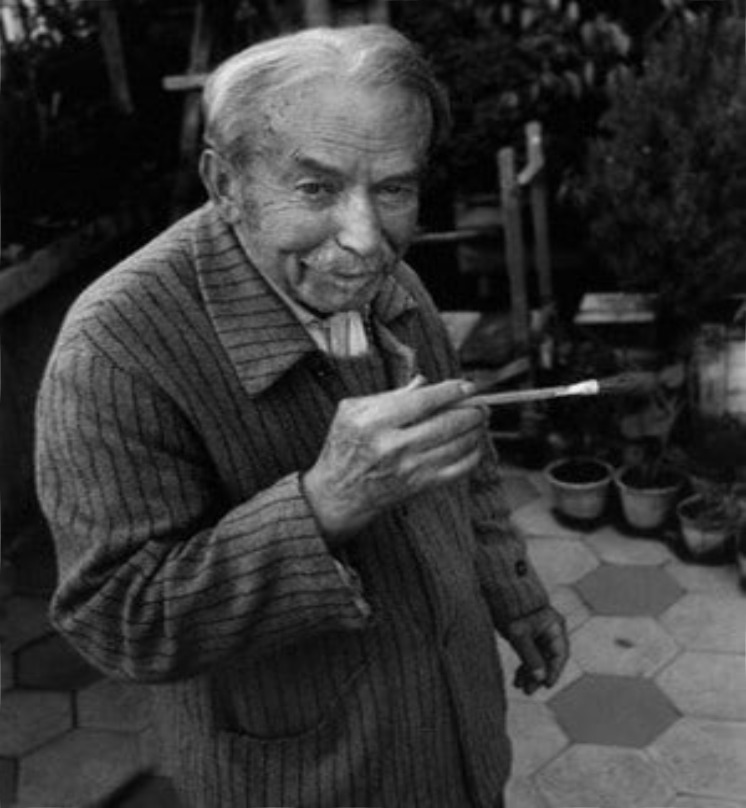 Giacomo Balla (1871-1958)–is an Italian artist and one of the founders of European futurism. The main focus of his work is considered to be a sense of movement, which he tried to convey through his own methods and innovations in painting. Throughout his career Giacomo shared his discoveries in the field of painting with his students Umberto Boccioni and Gino Severini, with whom in 1910 he proclaimed the manifesto of Italian futurism.
Giacomo Balla is considered to be the author of the first works of painting depicting objects in dynamics thanks to his broad knowledge in the field of photography. Striving for realistic reproduction of movement, light and sound in his works, Giacomo closely studied the sketches of movement of such photographers as J.E. Marie and E. Muybridge. To achieve his goals, he used the methods of simultaneity, which imply depicting images of movement as a series of horizontally positioned objects simultaneously transmitted during different periods of time. His works went down in the history of world painting as the first experiments in reproducing the dynamics of real life on canvas.
In 1899, a painting by Giacomo Balla was first presented at the Venice Biennale. Later, his art was shown at major exhibitions in Rome, Venice, Munich, Berlin, Dusseldorf, the Salon dAutomne in Paris and galleries in Rotterdam.
Balla paid special attention to light effects, trying to understand the very essence of the phenomenon of light. In his works, he tried to decompose light into separate components, defining the mobility of light through the synthesis of non-figurative elements to abstraction. In the post-war period, the work of Giacomo came close to abstraction, becoming more saturated in color, but less impetuous. In the early 1920s, Balla became interested in spiritualism, which greatly influenced his work. His abstract paintings were filled with mystical meaning and approached in style and theme to metaphysical painting. Through his works, he tried to convey the phenomena of cosmic radiation, communication with other worlds and otherworldly forces.
In contrast to his futurists colleagues, for whom man is represented as a mechanical being made of metal, Ballas work was concentrated on the very phenomenon of light and movement, regardless of who produces it - a man or a machine. He admired technological progress, urban civilization, and glorified the energy and rhythm of modern life.
In addition to painting, Giacomo Balla created theatrical sets and costumes, futuristic sculptures, and design objects. In 1915, Balla began working as a sculptor and created his famous work called Boccionis Fist. Overall, his work served as an influential foundation for the development of Italian and world abstract art in the 20th century.