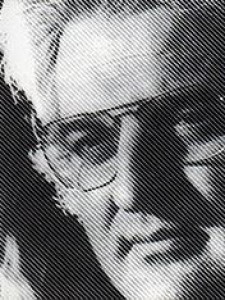 Luciano Frigerio (1928-1999) was an Italian artist and designer. As early as 1889 Frigerios father opened his own workshop manufacturing high-quality cabinets and libraries. Seeing the opportunities which were opening up for designers and architects in post-war Italy, the young Luciano Friggerio decided to carry on his fathers work and set himself the task of turning the family workshop into a large-scale business. Friggerio began to visit the workshops of renowned architects, including Franco Albini and Carlo De Carli, and applied what he had learned to his own work. After a short time, Frigerios company grew into a large design studio, Frigerio di desio, which was oriented not only towards Italy, but also towards the international market.
Luciano Frigerio made design history with his Mobili Scultura concept. Frigerios signature furniture-sculptures were the skilful combination of decorative elements in wood and metal, which went far beyond the standard production of industrial design objects of the era. During his career, Frigerio collaborated with renowned Italian architects such as Franco Albini, Sergio Asti and later Paolo Portoghesi. By the 1970s Frigerio had opened more than ten shops for his sculptural pieces all over Italy, the largest being on the famous via Montenapoleone in Milan. Nowadays many pieces of furniture designed by Luciano Frigerio are displayed in major art galleries in Europe and the USA.