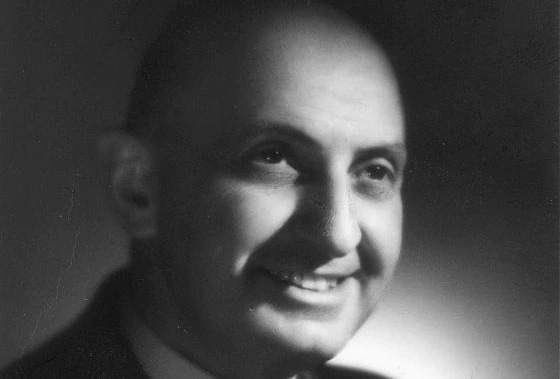 Melchiorre Bega (1898-1976) was an Italian architect and designer who worked from the 1930s to the 1960s. Melchiorres family company, Vittorio Bega & Figli, specialised in the production and restoration of fine furniture. Together with his siblings Mario, Dante and Iole, Melchiorre began working for the family company immediately after graduating from the Bologna Academy of Fine Arts in 1919.
Melchiorre quickly began to receive commissions to design interiors for the most fashionable shops, bars and cafes in Milan, Bologna and Rome. Beginning in the late 1920s, owners of yachts, navy ships and cruise liners began hiring him to design cabins: the luxurious yacht Aurora (1928), designed by Melchiorre, was featured in the Domus magazine issue. This was followed by the 825m ocean liner Bremen (1929), the Conte di Savoia (1931) and even the line cruiser for the Italian Navy Zara (1930).
Seeing Melchiorre as a creative visionary, Gio Ponti offered him a place in his magazine. In a series of four articles in 1937, Bega outlined his unconventional design principles. In 1941, when Ponti had to temporarily step down as editor of Domus, he appointed Bega as his successor. Under his leadership of the magazine, Bega encouraged not only architects, but also artists and sculptors to contribute to the Italian design world. Bega also continued the tradition of Ponti, allowing leading Italian architects (BBPR, Marco Zanuso and Carlo Mollino among others) to use the pages of Domus as a creative laboratory, publishing articles and promoting their experimental work.
Begas portfolio includes over 300 design projects in major Italian cities and abroad. In Milan and Bologna alone, Bega has designed 40 retail shops, 8 hotels and 41 public buildings. His commissions abroad span Tripoli, Hamburg, Berlin, Paris, London, Geneva, Ankara and New York.