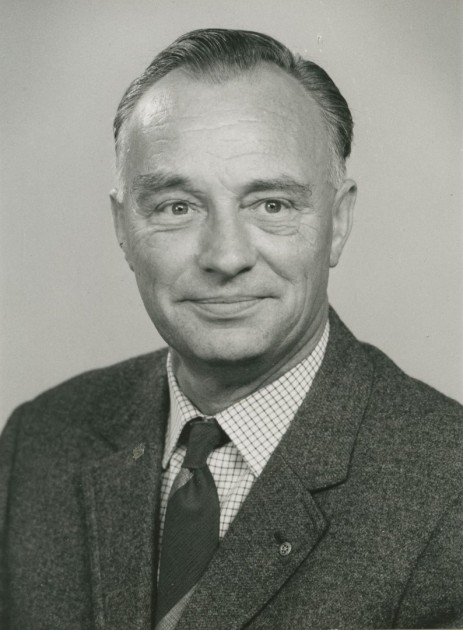 Niels Koefoed (1921-2018) was a Danish post-war object designer.
The furniture factory Koefoeds Hornslet, named after the designer and the town in which it is was located, was founded by Koefoeds father in the 1920s. The town of Hornslet in the late twentieth century had three furniture manufacturers, each specialising in different areas of design: fine furniture, upholstery and cabinetmakers. Koefoeds Hornslet was involved in the production of elaborate furniture, although Niels most popular designs were dining chairs.
In 1964 Koefoeds designed the Eva chair in teak or rosewood with three vertical slats on the back. In the process, the rosewood was replaced by cherrywood. Eva was part of a series of three dining chairs, two of the others - the Ingrid Chair (1960) and the Lis with stairs (1961), which are believed to have been named after the female half of the Koefoed family. It is these mid-twentieth-century models that are in great demand on the collectible design market.