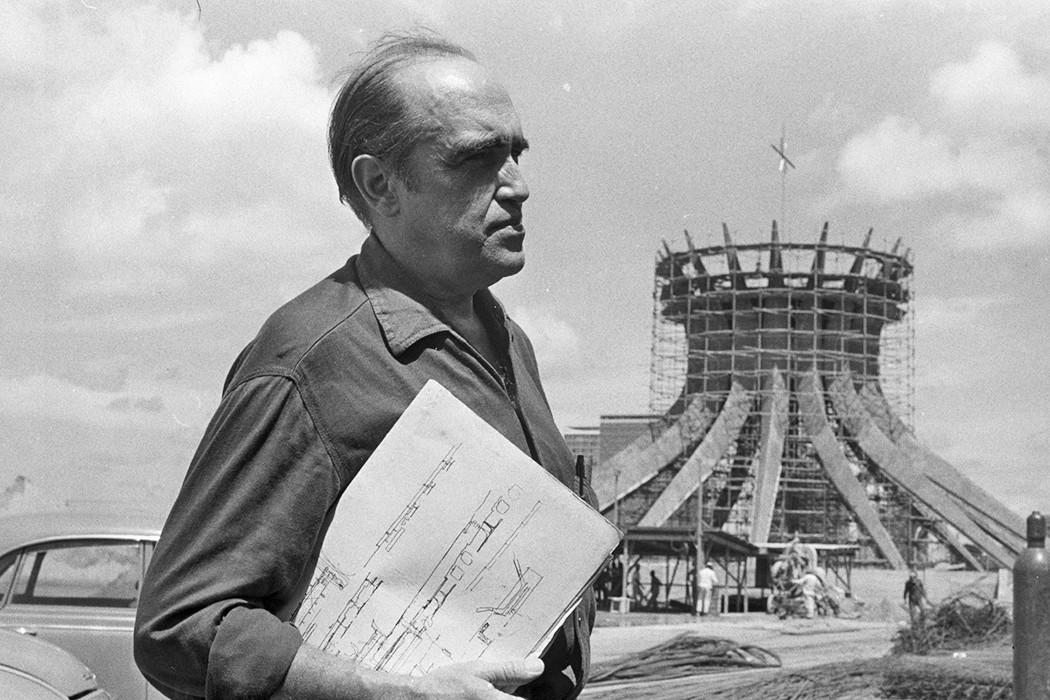 Oscar Niemeyer (1907-2012) is a Brazilian architect, one of the founders of the modern school of Brazilian architecture, pioneer of reinforced concrete architecture, member of the Brazilian Communist Party, member of the Presidium of the World Peace Council, and laureate of the International Lenin Prize for strengthening peace among nations.
Oscar Niemeyer was born on December 15, 1907 in Rio de Janeiro. In 1934 he graduated from the Faculty of Architecture of the National School of Fine Arts, where he met his future teacher and mentor Lucio Costa. It was Lucio Costa who later introduced Niemeyer to the great Swiss architect Le Corbusier.
In 1937, Niemeyer was involved in the design of the Ministry of Education and Health of Rio de Janeiro, the chief curator of which was Lucio Costa, and Le Corbusier himself being the general advisor. It is widely believed that this project lies in the foundation of the Brazilian school of modern architecture. The design changes proposed by Niemeyer impressed Lucio Costa so much that in 1939 he was assigned to lead the project. Also, in 1939, together with Lucio Costa, Niemeyer designed the Brazilian pavilion at the World Exhibition dedicated to the World of Tomorrow in New York.
In the 1940s, Niemeyer designed: a hotel in Ouro Preta, restaurants, casino buildings, a yacht club, a hotel and the Church of St.-technical center in Sao Jose dos Campos. And in 1947, Niemeyer took part in the design of the United Nations headquarters building in New York, together with Le Corbusier.
In 1954, together with his associates, Niemeyer founded the architecture and visual arts magazine Modulo, which enjoyed great success among the Brazilian intelligentsia. By virtue of his communist political views, Niemeyer derived his desire to find solutions to social problems in architecture, among which: the housing crisis, unsanitary conditions and the terrible living conditions in the favelas.
In 1957, Brazilian President Juscelino Kubitschek instructed Niemeyer to build from scratch the new capital of Brazil-Brasilia, which became the main project of Oscar Niemeyers life. A feature of the project was the contrast between the eccentric (pyramidal, domed, bowl-shaped) forms of municipal buildings and the strict geometric forms of living spaces. According to Niemeyers designs, the Alvorada Presidential Palace (1958), the Palace Hotel (1958), the Planalto Government Palace (1960), the Supreme Court Palace (1960), the National Congress Palace (1960), ministry buildings ( 1960), the cathedral (1960-1970), the theater (1962), the National Hotel (1962), the hospital (1962), the Palace of Justice (1970), the Ministry of Defense (1974), and the residence of the vice president (1974). Today - Brasilia is protected by UNESCO as a World Heritage Site.
Niemeyers projects are distinguished by plasticity, expressiveness, warmth, combined with brutality. He was one of the first to develop and actively use the artistic potential of monolithic reinforced concrete. Despite the sharpness and strangeness, his projects are always elaborated in detail, functionally and constructively substantiated, often combining functionality, surprise, and rationalism.
In addition to architecture, Niemeyer was fond of object design for several years. Together with his daughter, he developed soft leather armchairs and sofas with spring legs, and the famous RIO sun loungers. Now the furniture is in museums in Brazil.